MOUNT HOOD, Oregon - On Friday afternoon at about Search & Rescue learned of a climbing accident on Mt. Hood.

32-year-old Caroline Sundbaum of Portland had fallen into a fumarole in the Devil's Kitchen area, located around 11,200-foot elevation on Mt. Hood.

A fumarole is an opening that emits steam and volcanic gases. Mt. Hood is an active volcano.

Another climber who fortunately happened to be in the same area had earlier seen Sundbaum resting on her back pack to rest then just a few moments later, he noticed Sundbaum was gone. He soon realized there was the fumarole opening in the snow where she had been sitting.

Caroline Sundbaum had fallen about 15 feet into the fumarole.

Caroline is lucky that another climber had seen her and took immediate action. It would have been extremely difficult to find Caroline Sundbaum otherwise, and the air inside fumaroles can be deadly.

The witness called 911 and then took quick action and at the fumarole her lowered a rope down to Sundbaum who was able to secure herself and was pulled to safety around 2:30 p.m.

A member of PMR happened to be on Mt Hood at the time, and headed toward the climber to assist. A PMR team also began heading toward Mt Hood. A backup rescue team from the Hood River Crag Rats and a SAR Coordinator from the Hood River County Sheriff's Office responded to the area, as well.

Two other people in Sundbaum's climbing group had gone ahead. Once they learned about Sundbaum's accident, they returned and helped the PMR member, who had arrived at the site of the fumarole accident. Sundbaum had an injured shoulder. With help, she was able to make her way to the Palmer lift. 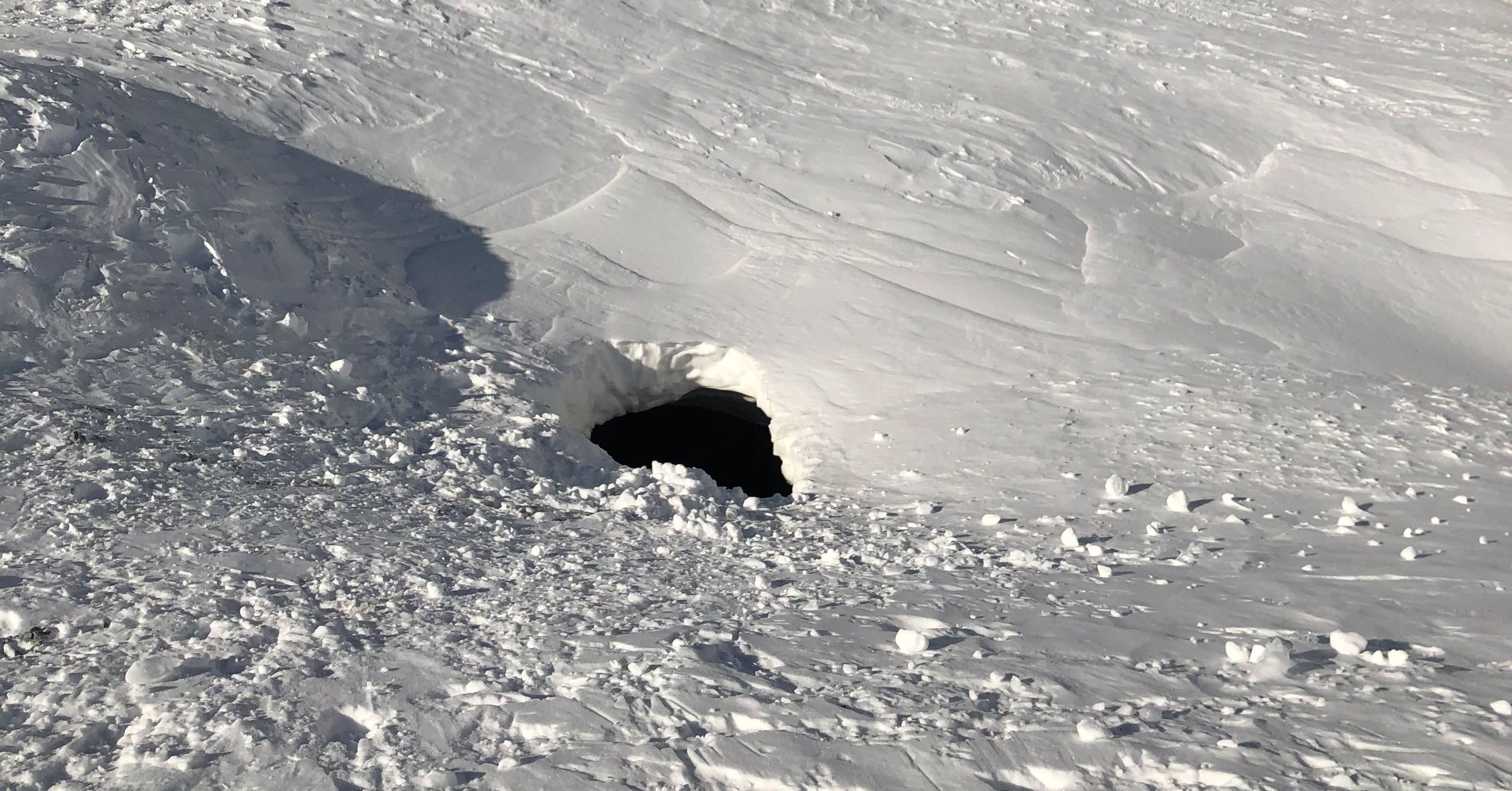 Sheriff's Office SAR Coordinators arrived at Timberline Lodge and established a command post. A Snow Cat was sent to the top of Palmer Lift with a PMR team. They brought Sundbaum down from the mountain.

Photos from the SAR operation -- including a photo of the fumarole -- are attached.

INTERVIEW OPPORTUNITY: Caroline Sundbaum is willing to speak to reporters about her experience. Contact PIO Sgt. Mendoza if interested.

Portland Mountain Rescue provided the following additional information on fumaroles: Mt. Hood is an active volcano. Climbers and hikers high on the mountain are familiar with the rotten-egg odor that often permeates the air. That odor is hydrogen sulfide that vents through the rocks in areas called fumaroles. Mt. Hood has many small fumaroles, but climbers are most familiar with two in the upper crater, known as Hot Rocks and Devil's Kitchen.

Yesterday (Dec. 4), a climber fell through the snow into a less well-known fumarole area at the top of the White River canyon, downslope from Devil's Kitchen.

After heavy snow, the fumaroles can be hidden by a snow blanket. Hot gases from the fumaroles melt the deeper snow and create large cavities hidden under the surface snow. These cavities can range from a few feet to 20 feet high. If climber walks on the roof of these cavities, they can easily break through the surface snow and fall in. That's what happened to the climber yesterday.

Gases from the fumarole can collect in these cavities at deadly concentrations. So even if a climber survives the fall into the fumarole, they then face the potentially fatal hazard posed by hydrogen sulfide and other toxic gases.

Portland Mountain Rescue has developed safety protocols for its rescuers that govern how and when they can enter a fumarole cavity for a rescue. These protocols include continuously monitoring toxic gases, wearing air-purifying respirators, and employing safety systems for rapid extraction if something goes wrong. In some cases, PMR's protocols prohibit rescuers from entering a fumarole cavity -- even to save a life.