I don't know how this popped up in my Facebook feed, since – ya know – I'm not a pedophile or anything. But then, it clicked in my mind that you don't have to be a pedophile to see such things. Because they're not considered wrong; they are, in fact admired, considered good.
Get this, please, pictures of barely clad children are now admired by society. Whaaat?! 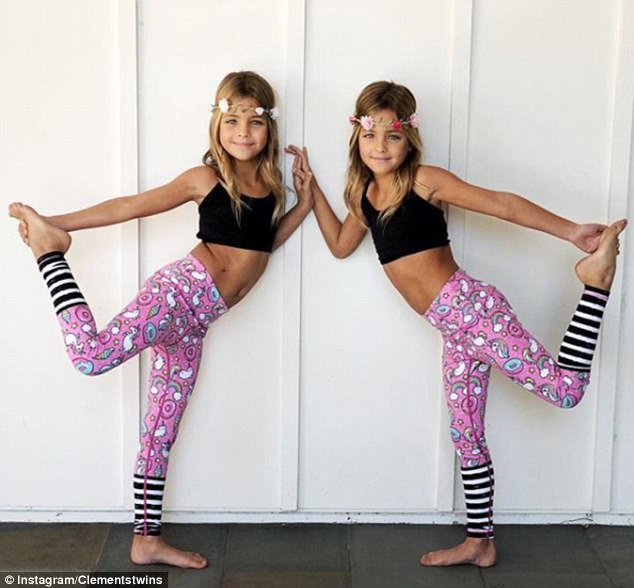 As I was saying, an article link popped up, about the story of identical twins who have recently become models. And despite the fact the cover photo was of two little girls, I kept scrolling through the article, waiting to find pictures of them as adults.
Surely, they mean they were born beautiful, and they were beautiful children growing up, and have now become models, as adults.
But no, it wasn't the case. The girls, Leah Rose and Ava Marie Clements, have become models now, as children. They are seven years old. Seven year old models. I keep saying it, in the hopes someone will realize how absurd it is. What I thought was most disturbing about the article was that it did not raise the obvious question – the girls' safety. Or the morals involved in sexualizing seven year old children. In fact, the article commended the mother of these girls for signing them up as models. The author marveled at what adorable little girls they were and how many followers they have on Instagram (139 000, if you were wondering). The article ended with the author saying they hope to see more of these girls very soon.
Well, I'm sure you're not the only one...

I lost the particular article, but found the story again on the ever-charming DailyMail – Seven-year-old identical twins win dozens of modelling contracts and 139K Instagram fans - thanks to their VERY ambitious mother.

Their VERY ambitious mother...I can't help but wonder if that woman actually thinks she did her children a favor by signing them up to be models at the tender age of seven. And could this ambition, I wonder, be more to do with her than her daughters? Because to me, this sounds like a mother living her modeling fantasies through her kids. From what I understand, the mother actually poses with the girls sometimes. Now, she looks alright, but I seriously doubt anyone would've given her the time of day if it was just her. But as the mother of the "most beautiful girls in the world", I just bet she gets a lot of attention. 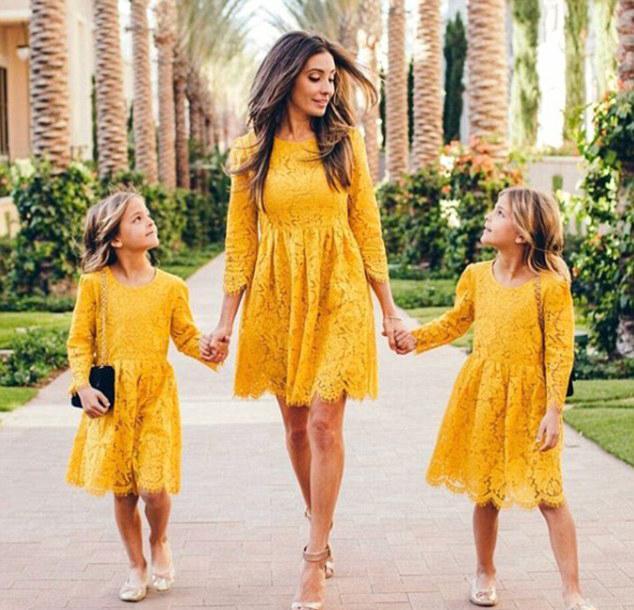 Now, you might be wondering why these things happen. I know I am. I mean, bad things like rape, abuse of all sorts, happen without any special circumstances, there's no changing that, but why put your self out there? Worse, why put your vulnerable children out there, why draw so much attention to the fact that your little girls are very beautiful, when there are so many sick people out there?
Their parents must know that. Everyone knows that.
So why do they do these things? What sort of completion, of achievement does modeling bring to a seven year old? Do these parents do it for the money, for the fucking followers, what?
I mean, my fists clench when I think someone's looking at my kid brother funny on the street. Surely, these people can't think it's okay to show their children's bodies on social media.

According to the article, Jaqi Clements originally signed her girls to a modeling agency when they were just six months old, but later gave up on the idea, since juggling three kids (she also has an older son, also into modeling, but "his following is much more modest at just over 2,000") would be too much of a hassle. To me, this seems a confirmation of my previous statement. They were babies. Beautiful (how does that go, anyway, I thought all babies are), but babies. Now, maybe I'm outdated, but I can't see how six month old children might enjoy modeling. I'd thing they have more important things to worry about, like feeding and sleep and discovering the world around them, for crying out loud. How can you want to take that from your babies by keeping them in front of a camera hours on end?
It beats me.

Jaqi says that the girls turning 7 on 7/17/17 seemed like a sign to begin their career. And that the girls were very excited when she shared her idea. Well, of course...I mean, they're seven. Kids love attention, what do you expect? I liked the attention of the adults around me too, when I was that age, doesn't mean my mom signed me up for a brilliant modeling career, though. It's not a child's job to say 'no, mom, because there are all sorts of sick pedophiles out there who might take a vicious interest and we'd rather enjoy our childhoods'. It's your job, as a parent. Now, how hard is that? 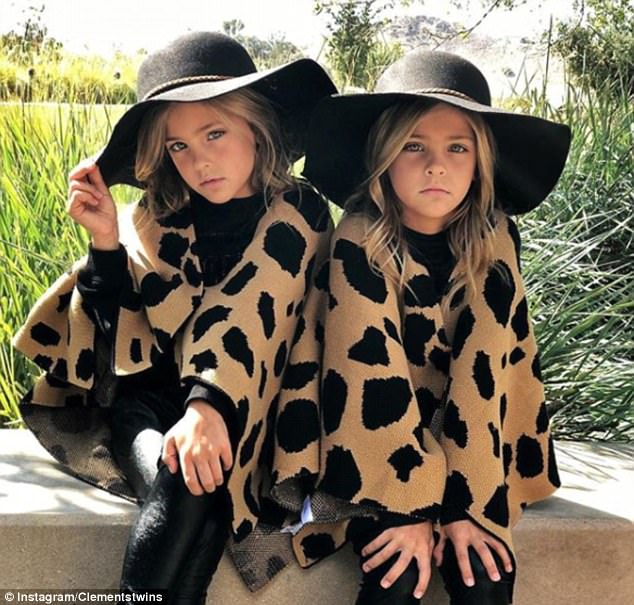 Image - Am I the only one who thinks it's wrong for a seven year old to wear leather pants and animal print?

Of course, the Clements twins are not a unique case, not by far. I'm sure you've heard of many 'most beautiful girl in the world' in your time, so I won't name all of them. One that did catch my attention was a little girl, from Russia, mentioned in the Daily Mail article. Her name is Anna Pavaga, eight years old. She has 464,000 followers on Instagram (because that's a reason for joy, these days, apparently) and she had been modeling since she was three years old.
Again, don't three year olds have better things to do, like learning to speak properly and playing and daydreaming? In the article, Anna's mother is quoted as saying:

Beauty is a lottery organized by nature. Parents do not choose, but can only dream. We were lucky: dreams became reality.

What?! Since when is that a dream? Personally, I dream of having kids, who'll be happy and complete human beings. Really? Are your standards that low that having your semi-naked child spread out across social media satisfies you?

Until recently, I was babysitting two boys, one is seven (the same age as the Clements twins) and one is three (the same age Anna was, when she began her "career"). They were very beautiful, too, really unique features. Did they model? No, they were too busy playing and discovering and building and listening to music...you know, kids' stuff.

The sickest thing, in this whole story, isn't the agency that represents them, or the brands that hire child models. It's the parents. Why would you show me, a potentially dangerous stranger, your child's midriff or their legs, right up to the underpants? I mean, I wouldn't show you my underpants and I am an adult. You know why? Because you could be dangerous!
It's not rocket science... 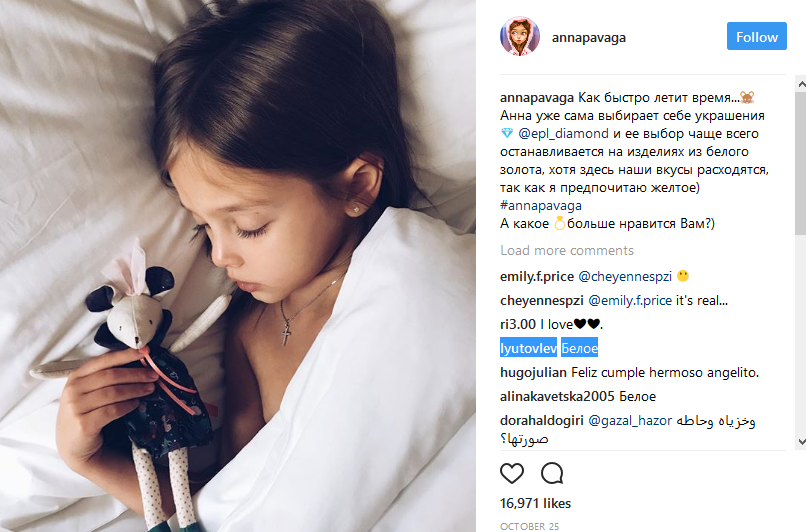 The sexualization of children has been discussed over and over. You don't need me to tell you that putting makeup on children and dressing them up as adults, and posing them in risky or "sexy" positions is not okay, by any standard. Or that it causes harm and can lead to rape, to horrific abuse and scar your child for life.

There isn't much you or I can do about these parents who abuse their children. The one thing we can do is not feed the beast. By NOT following such sick pictures, on Instagram, or wherever. By condemning it for what it is. Abusive. And only leading to scarring and possibly more abuse.
But there is something we can do, in our own lives. Don't buy into the madness. Don't teach your children that this is okay or that anyone wants to see their privates and that that's okay.
It's not okay.

Let your children be children. Do not buy them revealing clothes. Teach them about privacy, about dangerous strangers, about what is and isn't acceptable. Take a stand.

Because this abuse that is child modeling is sickening. Because this: